I Love This Switcher...

The Black Magic Design Television Studio Pro 4K switcher is amazing, I love pretty much everything about it. If you’re in the market for a new video switcher, or maybe even your first, I would buy this a thousand times over. It packs a ton of features – especially if you also purchase the Studio Camera 4K that Black Magic offers. This is the 4k SDI only version, but there is a less expensive HD version which has four HDMI inputs in addition to four SDI inputs. Keep reading to learn just how great this piece of hardware is!

This switcher allows 8 separate inputs up to 2160p60 with 2 channels of audio per channel. It also includes an SDI program out as well as an SDI auxiliary output which can be used to route the program, preview, or any of the 8 sources out to another device separate from the main program output.

This was huge for my church because we want to have full screen song lyrics and backgrounds on our in house screens while still having the option to switch over to a full camera/computer mix.

On this 4k version of the switcher the input resolutions don’t have to all be the same, allowing you to mix HD and UHD sources.

It is essential to be able to see all your cameras and other video sources on a nice and large screen in order to quickly and accurately decide which shot to take next. This switcher’s got you covered with both HDMI and SDI multiview outputs built right in. The multi view layout can be changed via the ATEM Software Control app on a computer over usb or network.

At first I thought this tiny screen was a little dumb looking, but it’s actually really helpful. The screen can display the full Program output, as well as whats currently routed to the Auxiliary output, and allow you to scroll through the large list of settings. The program and aux displays also show an audio meter on top of the video, so at a glance you can check to see that everything is just fine. Or panic when you see that you’ve cut to an empty source 🙁

While I don’t have any BMD camera yet… I’m dying to add a few to my church’s production setup. Each of the 8 SDI inputs also have an SDI output. While this isn’t a loop out (Which would have been helpful if you wanted to record all your sources) it is a return feed to the camera itself. What does it send to the camera?

It also sends full camera control. Focus, Zoom, Color Correction, Iris, Gain, Shutter, and White Balance. It can even send PTZ control through the camera to a PTZ head! Some of the features are dependent on the lens you have on the camera though, so keep that in mind.

Last but not least, and I’m not really sure the benefit of this, but it also sends the program feed to the camera allowing the cam op to switch over to it on the camera to see what’s currently being broadcast. Again, I don’t really see why you’d want that, I guess maybe if you could have that on another display near the camera that would be useful.

The switcher has dedicated buttons for USKs and DSKs which is particularly helpful for putting worship lyrics on top of cameras. With these dedicated buttons you can ether cut to the lyrics on screen of fade them on. All you need is a computer source with white lyrics on a black background. The USK or DSK will key out the black making it transparent.

There’s also a tie button for each which will make the words come on or off with a camera switch. You might do that if you’re switching from a camera with words overlaid to full screen motion background with words.

Chroma Keying is keying out a color, or making it transparent (Like a green screen) and Luma Keying is taking out black (from the word luminosity which is the lightness and darkness of a video source)

The sources for these keys are easily changeable right above the main source buttons.

There are 2 XLR inputs on the back of the switcher. Each sdi input can also have 2 channels of audio. So if you’re camera has 2 XLR inputs the audio can be carried on the single sdi cable to the switcher and be mixed into the program output.

There are two buttons for each channel, an AFV (Audio Follows Video) and On. The AFV button will mix the audio of that source when you hit the take button. Meaning the next source will fade up as the previous fades out with it’s video. On simply makes the audio always on, and you can then mix all the on sources together.

This seems like a waste of buttons as most of your switching will be done with simple cuts or fades, but maybe if you find yourself back in the 80’s these will come in handy… Moving on.

There’s a pretty smooth t-bar which allows you to control the transition timing manually. You can also pull off those really cool Olan Mills composite shots using this. The t-bar features cool looking lights which light up at different increments of the transition.

I really like this FTB button all the way on the bottom right of the board. It’s a nice way to end our service stream, and great for emergencies when you need to black out quickly. It features two side “walls” which prevent accidental presses. Having a physical button for this is great.

All in all it's an excellent buy!

I would highly recommend this switcher for anyone who is looking to have a quality video production setup on a budget. If you don’t need more than 8 sources, it packs a lot of power for it’s price range!

If you’re thinking of purchasing this 4k switcher, the HD version or even the BMD camera, please consider using the links below which will greatly help keep CTI up and running.

This switcher is a lot of fun and I hope you love it too!

How to Control Stage Lights 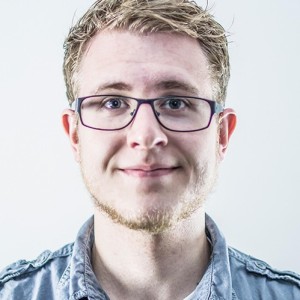